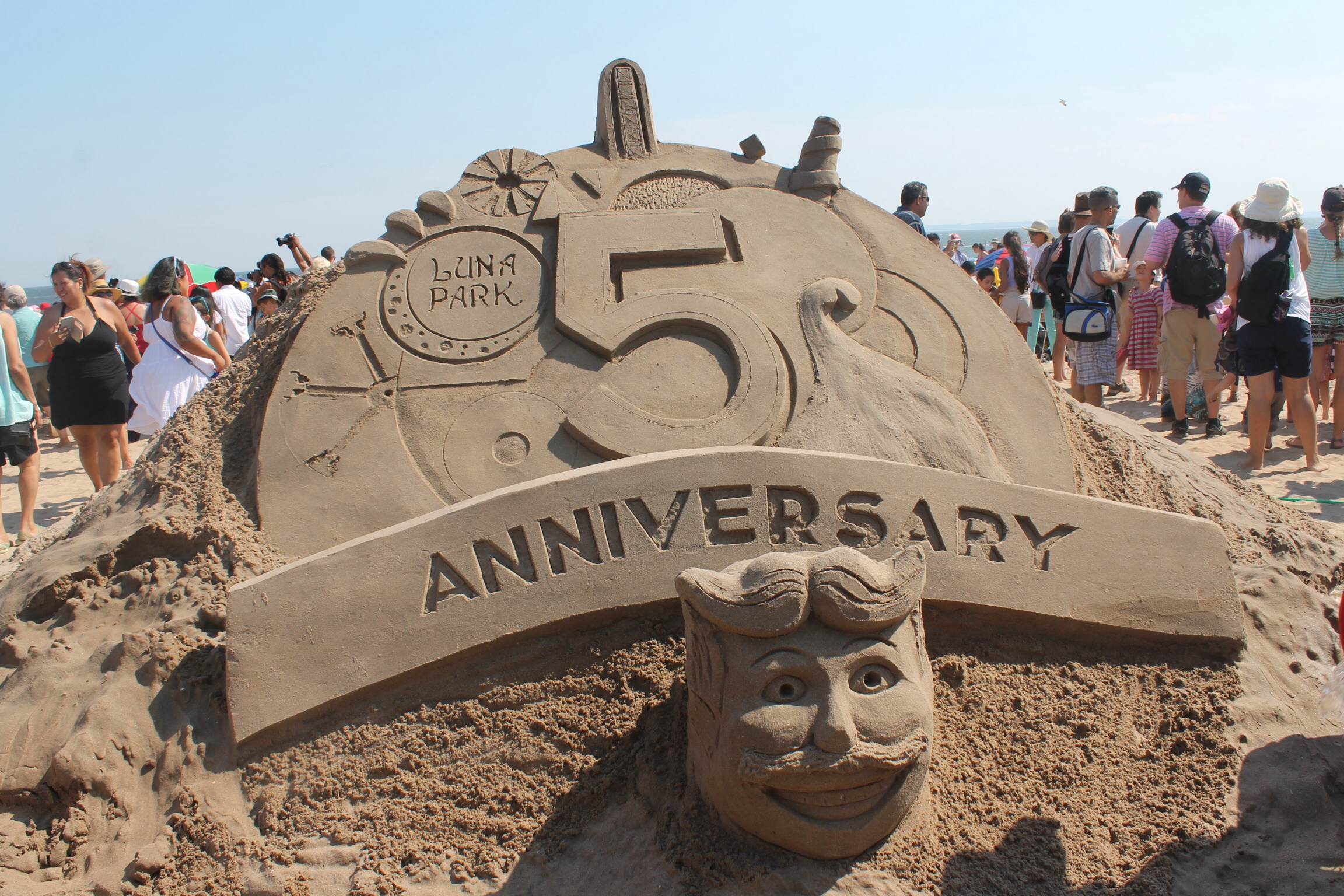 Visitors swarmed Coney Island on Saturday to check out the magnificent castles, fearsome sea creatures, and cartoonish monsters taking shape on the beach for the 25th annual sand sculpting contest.

Nearly 100 families signed up to participate — the biggest turnout in the competition’s history, according to News 12 Brooklyn.

Rich Demand, who helped his friend Tim O’Keefe take first place for their “Spirits of the Sea” sculpture, said they just let their imaginations guide them. He explained that some of the unexpected “mistakes” that come with working with sand are just part of the fun.

“I was forming an arch and a part fell out that looked like cat ears,” he said. “I decided to make a couple of eyeballs and it stayed there for a while. An hour later, I realized it really needed a smiley face and I just added the mouth.” 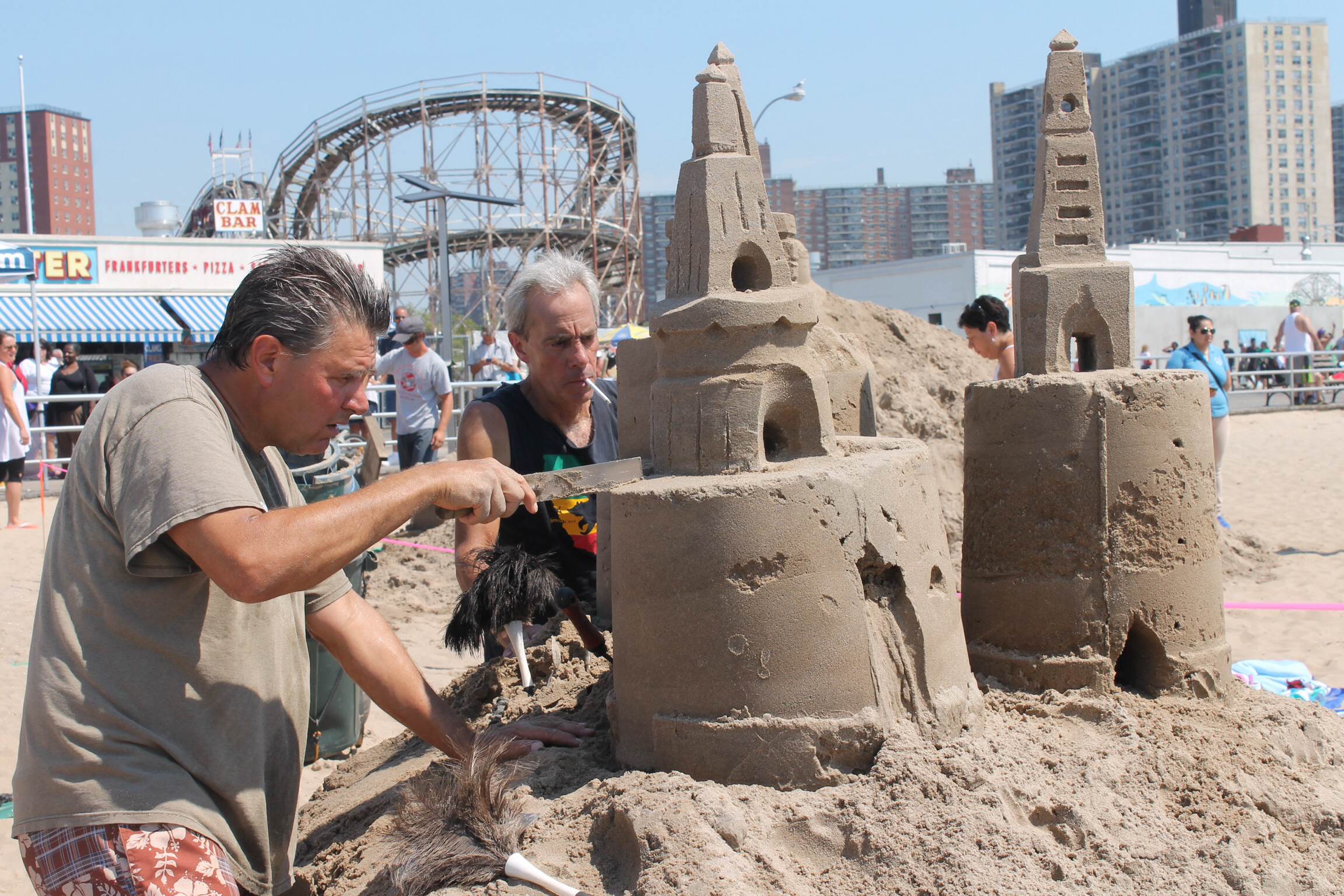 The contest was hosted by Astella Development Corporation and Brooklyn Community Services. Funds raised from the contest, through donations and sponsorships, go towards helping victims of Superstorm Sandy.

Check out some more photos from this year’s event. 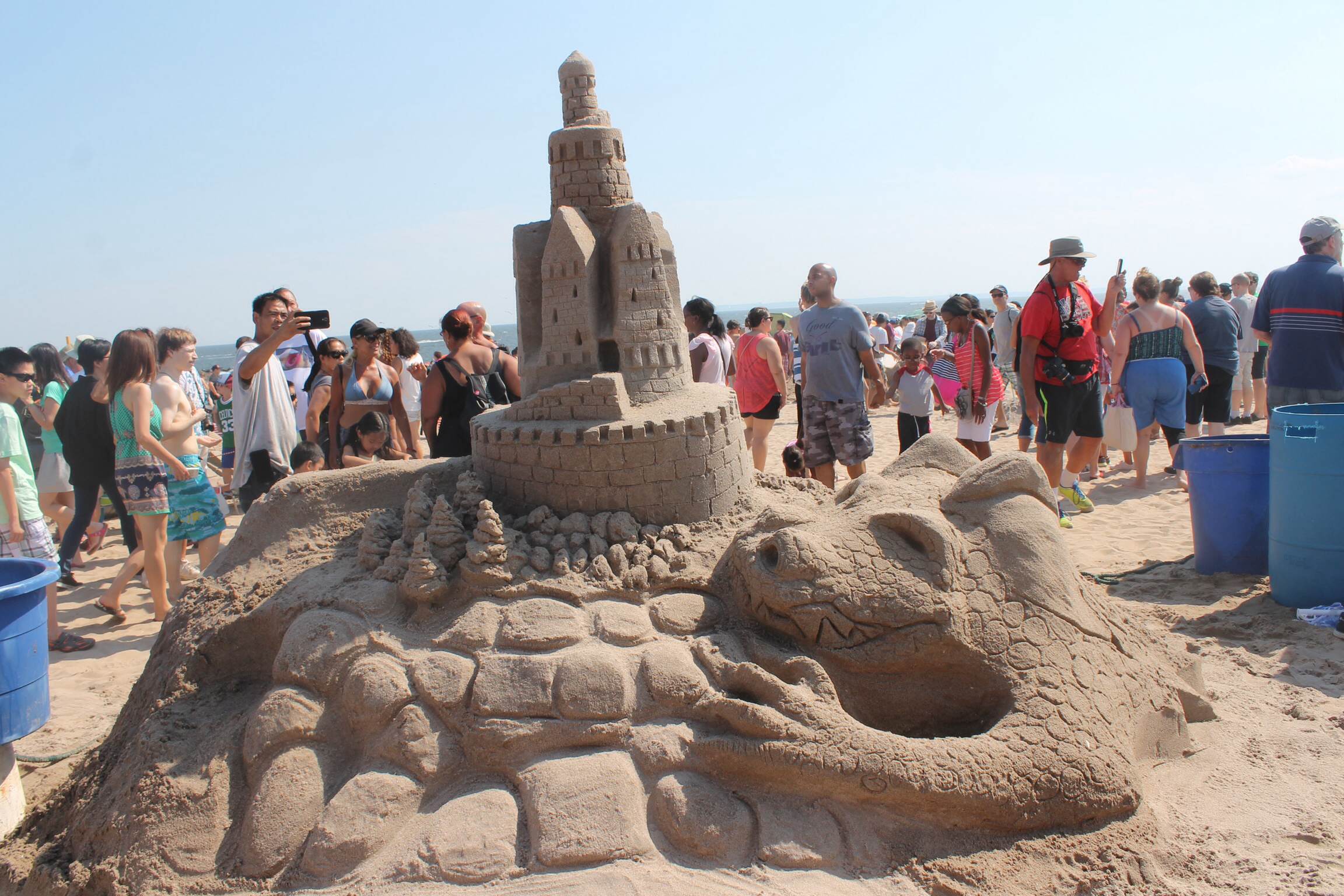 A fearsome dragon appears to be protecting (Or ready to swallow) this sand castle. 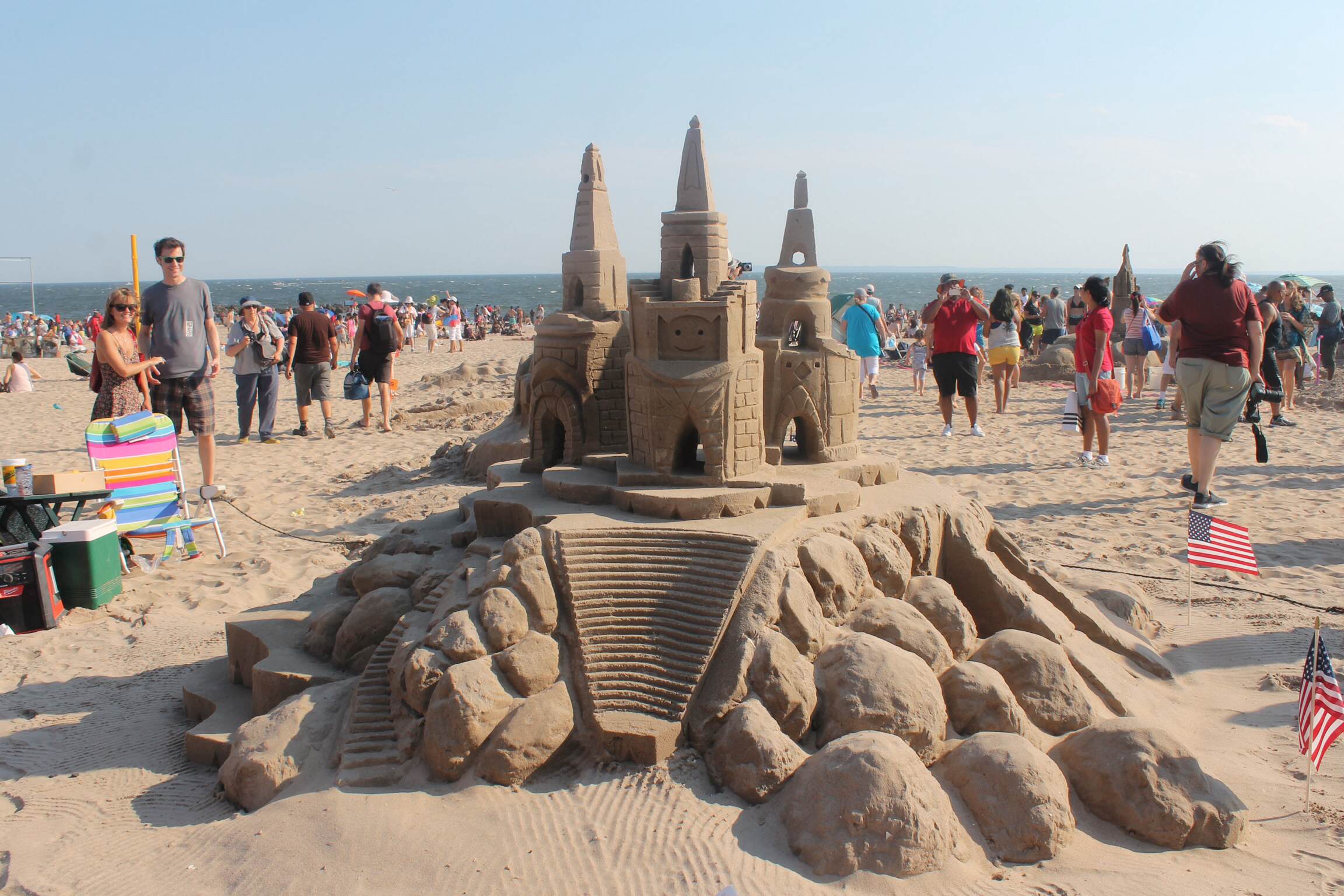 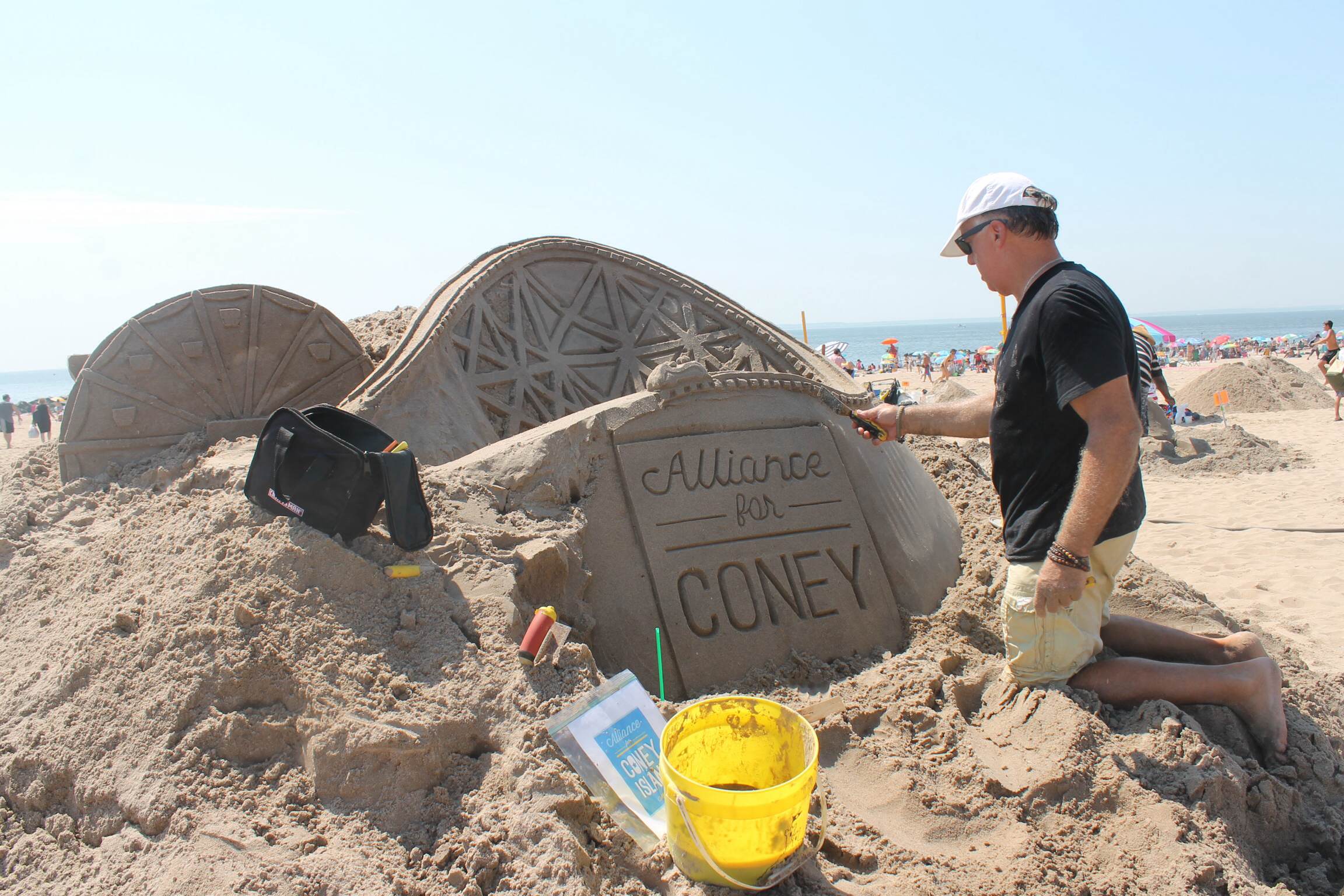 The Alliance for Coney Island, one of the contest’s supporters, was represented on the beach. 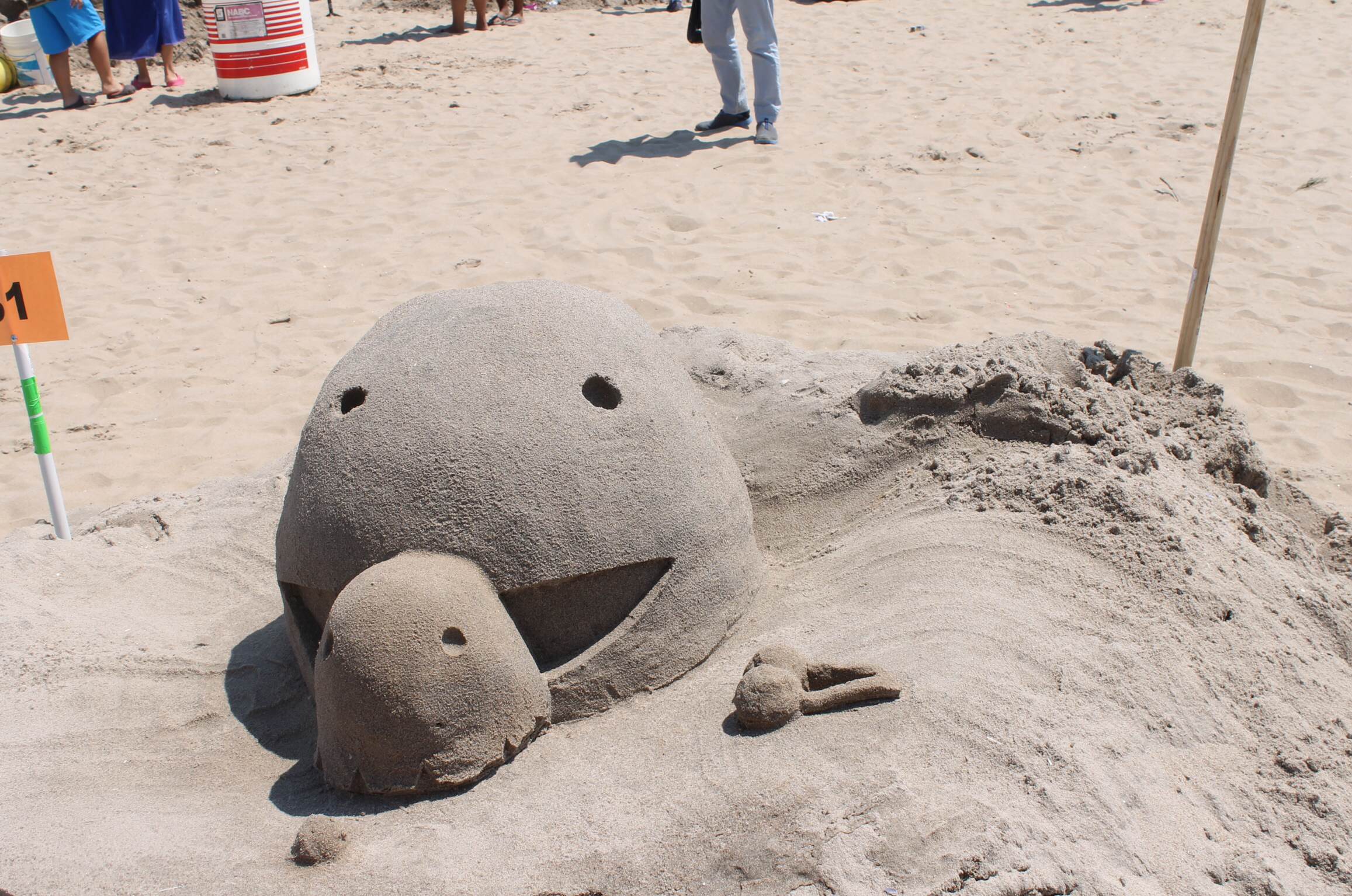 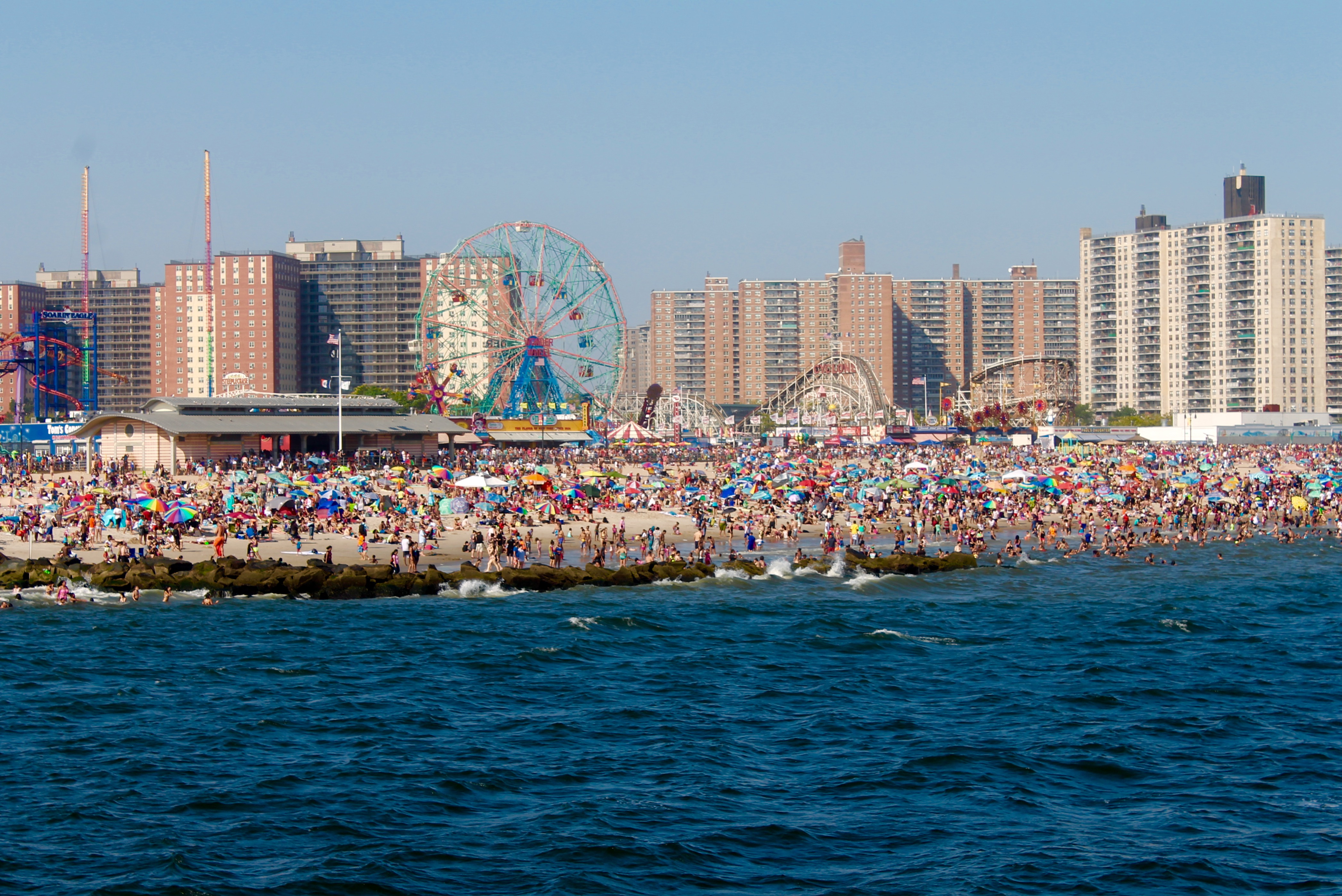