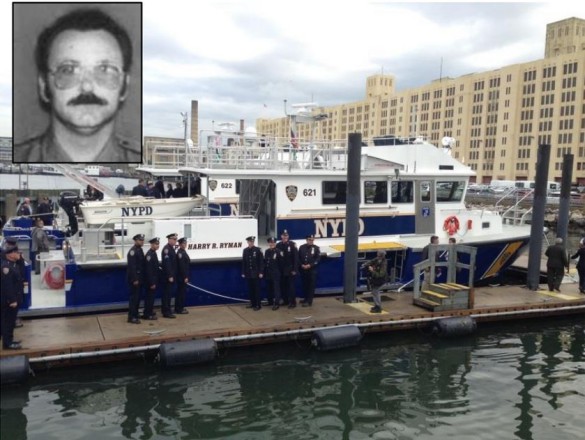 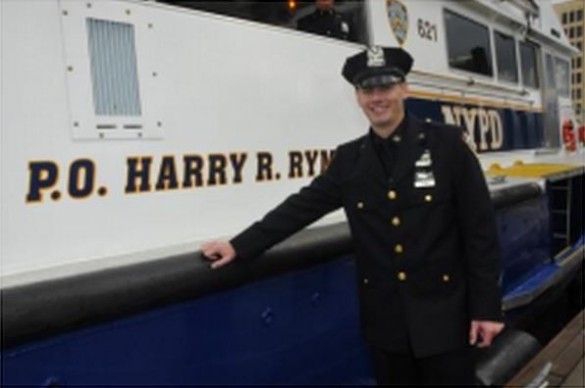 NYPD top brass helped christen two new police response boats, one of which was named in memory of Police Officer Harry Ryman 24 years after he was shot and killed in front of his Marine Park home.

Commissioner Bill Bratton oversaw the event with members of the NYPD leadership team, Inspector David Driscoll, commanding officer of the harbor unit, and family and friends of Ryman to dedicate the vessels. Ryman was honored alongside fallen officer Joseph McCormack, who was shot and killed in 1983.

“Today we gather with the family, friends and colleagues of two NYPD heroes to remember the sacrifice they made,” said Police Commissioner William J. Bratton. “With the dedication of these two Harbor Unit launches we ensure their memories will forever sail on the beautiful waters that surround New York City.”

On August 14, 1980, Ryman was sleeping at his Marine Park home when we awoke to noise in the street. He grabbed his shield and his revolver and went to investigate. Outside he found three men attempting to steal a car. Though off-duty from his post at Coney Island’s 60th Precinct, Ryman jumped to action and identified himself as a police officer. The thugs opened fire, striking him. Even though he was critically wounded, he returned fire and hit one of the assailants, and due to his actions all three suspects were apprended.

Ryman was posthumously awarded the Medal of Honor. He was 43 years old when he died, and a 17-year veteran of the force.

His grandson, P.O. Mathew Ryman, is assigned to the NYPD’s Intelligence Division, and he wears his murdered grandfather’s badge.

The vessels, two 62-foot ships to be used for patrol functions, counter-terrorism and rescue operations, are among the largest boats in the NYPD fleet. In addition to sonar equipment, the ships can detect radiation and also have underwater cameras.