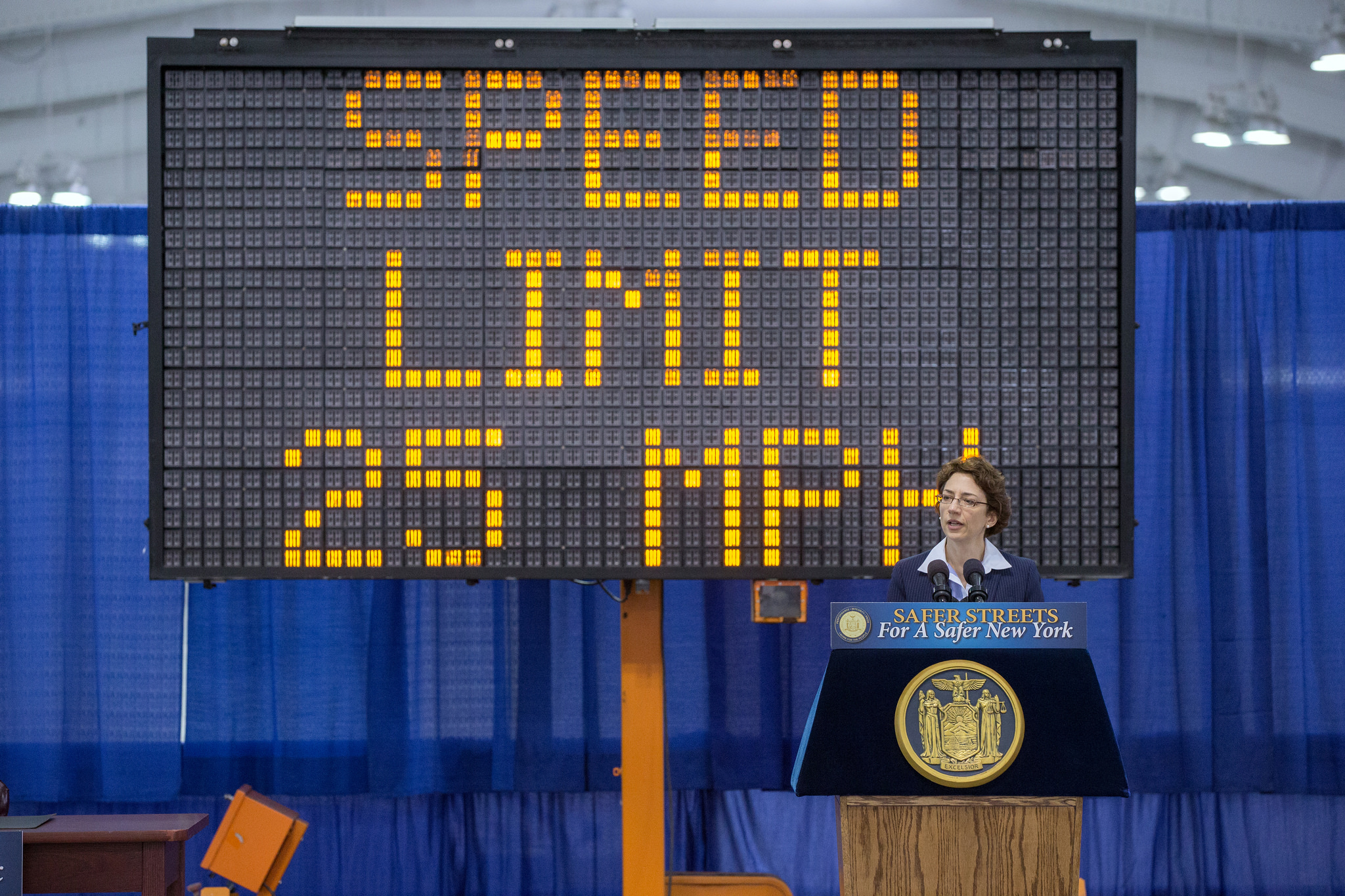 The New York City Council yesterday passed legislation that reduces the citywide speed limit on residential streets from 30 miles per hour to 25 mph, a move that lawmakers and advocates said would, if properly enforced, dramatically reduce traffic-related injuries and fatalities.

After state legislators voted in June to allow the city to lower the speed limit, the Council approved the bill, sponsored by Councilman David Greenfield, that aims to slow vehicles on streets where speed limits are not posted – meaning roads overseen by the state Department of Transportation (such as expressways and parkways) will not be affected. The reduction is part of Mayor Bill de Blasio’s Vision Zero initiative, which aims to dramatically curb traffic injuries and deaths over the next decade.

“Reducing the default speed limit in New York City is the lynchpin of Vision Zero,” Greenfield said in a statement to the press.

City officials said they plan to launch a three week publicity campaign about the speed reduction on Monday, according to the New York Times, and the new speed limit will go into effect on November 7.

The nonprofit Transportation Alternatives also backed the Council’s move, saying “if properly enforced, the new speed limit could prevent more than 6,500 traffic injuries in the next year and cut the annual number of pedestrian fatalities in half.”

The group urged de Blasio to quickly give his stamp of approval to the bill – which the mayor is expected to do and sent out his own statement praising the Council’s vote – and stressed that the NYPD and city Department of Transportation need “to send a stronger message about the dangers of speeding by continuing to improve traffic enforcement and public information initiatives.”

“Unsafe driver speed is the number one cause of traffic deaths in the city, killing more New Yorkers than drunk driving and cell phone use at the wheel combined,” Transportation Alternatives said in the same statement. “A pedestrian hit by a driver going 25 mph is twice as likely to survive as a person hit at 30mph.”

While Councilman Jumaane Williams, who represents portions of Midwood as well as Flatbush and Ditmas Park, was in Cleveland for the vote, he said in a statement Tuesday he would have voted against it.

“I fully support the need to reform traffic laws in New York City, and the majority of proposals offered in ‘Vision Zero,’” Williams said. “When the issue of the citywide reduction previously came before the Council, I voted to give the City discretion on lowering the speed limit, since I believed the City deserved to make this decision. At the same time, I believe that this legislation is too broad in the form passed today and I would have voted against it.”

“Instead of an overall speed limit reduction, the better approach is to study the City’s various neighborhoods and major arteries and assess, with specificity, where a lower speed limit makes the most practical sense,” Williams continued. “For example, it makes sense to carve out school zones as necessary places to have a lower speed limit, as many young people populate these areas. Many side streets and other ‘Slow Zones’ in my district would also benefit from a lower limit. In fact, I would vehemently support lowering the speed limit on many residential streets in my district – with some areas even lower than 25 mph.

Williams goes on to say that he will “continue to support increased enforcement, through speed cameras and stepped-up enforcement of current traffic rules and regulations, and have consistently done so.”

Another local member of the Council, Mark Treyger, who represents Coney Island and Gravesend, voted in favor of the bill, but expressed concerns about enforcement.

“There’s little dispute that there has been a serious number of traffic-related fatalities and there’s no dispute that speed kills,” said Treyger. “The issue that I continue to raise is the issue of enforcement … and making sure it does not become a mechanism for increased revenue, like for these cameras where some of them are problematic. I think it should be for the true intention – to save lives.”

Treyger pointed to the controversial placement of a speed camera on Shore Parkway next to a Belt Parkway exit ramp, as first reported by Sheepshead Bites, as an example of “gotcha” enforcement to be avoided.

“To me, [‘gotcha’ enforcement] undermines the entire program [of Vision Zero]. The intention should not be to harm working families who are just trying to get home,” he said.

Another area pol praised the legislation as potentially life-saving.

“Lowering the speed limit can drastically reduce a serious fatality. My district has a high population of seniors and reducing the speed limit could mean the difference between life and death.  No one should ever have to experience the loss of a loved one to a traffic accident,” said Councilman Chaim Deutsch.

To see a copy of the bill, you can go here.

With additional reporting by Ned Berke.